A technical look at Deltic locomotives. 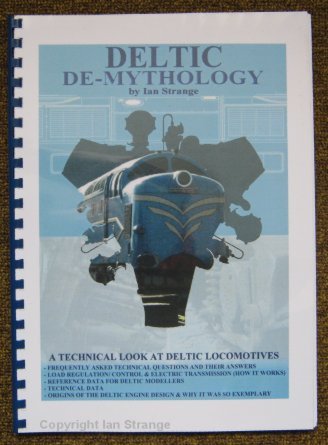 This publication provides both technical reference data and articles explaining some of the mysteries of how a Deltic loco works. Also included is a technical history of the Deltic diesel engine, plus invaluable data and dimensions for model makers (chapters 3 and 4).

2011 REVISION: This is mainly the addition of body dimension data for modellers, added to chapter 4.

A beginners' guide to the basic layout of a Deltic and also answers to some questions that often arise. From telling one end of a loco from the other, to why sparks fly out of the exhausts. 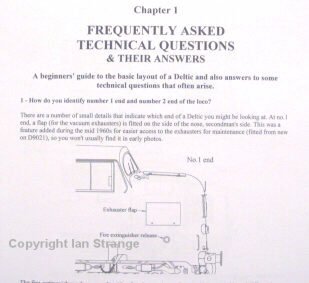 A look at the theory of how the power of a Deltic is controlled and transmitted to the wheels. The governors, transmission circuit, load regulators, wheel-slip circuits, etc. are covered. Be warned that the explanation of how the governor works is rather involved!

Reference data for Deltic modellers. This covers detail modifications and variations found on the Deltic fleet during their BR careers. This should assist modellers who wish to make sure that every detail is correct for the period and loco that they are depicting. 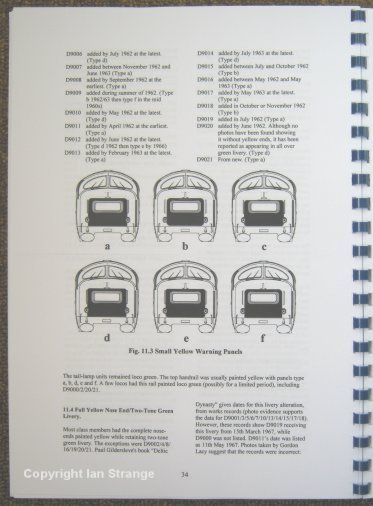 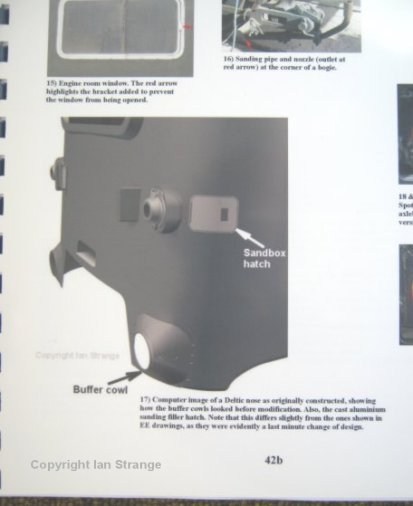 Many of the details described are illustrated with line drawings. There are also 3 pages of small colour photos (plus an artist sketch and a computer image) to clarify some of the points covered. Note that this chapter is not fully comprehensive for the dates when each loco received each modification. For the better documented mods (e.g. most livery changes, ETH, dual-braking, headcode blanking), precise dates are given for each loco. For many other changes, only an approximate guide is given, based upon photo evidence. However, this chapter highlights a great many details not widely known. 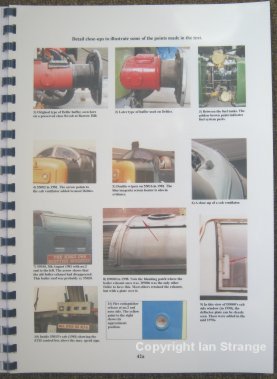 Technical reference data for the production Deltic locos, more extensive than that usually seen in print, and also conflicting with some figures in general circulation. Even the overall length of the loco is wrongly quoted almost everywhere! Explanatory notes are included where appropriate.

This 2011 revised version now includes invaluable data for modellers. Dimensions of the body including radii of curves, details of nose dimensions, and even measurements for long lost fittings. 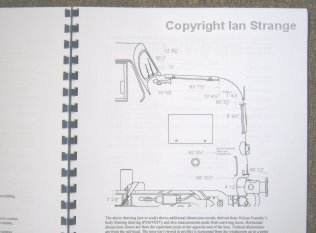 Chapter 5 "PROBABLY THE BEST ENGINE IN THE WORLD"

The story of the Deltic diesel engine's origins and also explaining the mysteries of how these diesels achieved such high power.

From stationary engines in 1890s Germany, to Junkers aero-engines in the 1930s. Development and technical details of series 1 and 2 Deltic diesel engines. How it achieved high power and low weight, unlike conventional diesel engines. Why it did not become more widely used. The merits of the Prototype Deltic loco's bogie design. 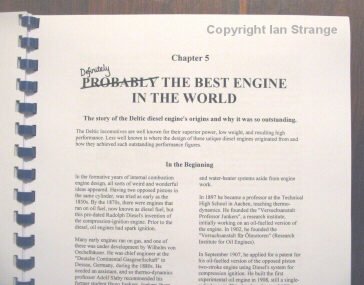 The eBook version will be sent to your email address provided by PayPal. If you would like it sent to an alternative email, please add a note to your PayPal payment, or e-mail Ian.

Not available as a download due to current VAT laws. 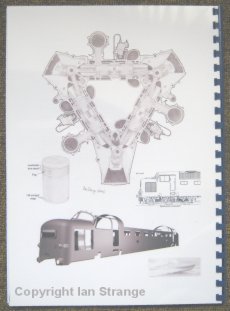 How this booklet came into being - it dates back further than you might think...

It actually originated from an article that I researched back in 1990/91. Retired locomotive engineer Ray Smith, wrote a series of technical articles for the Deltic Preservation Society during the 1980s. After he passed away in 1988, it left a gap in the technical content of the society journal "Deltic Deadline".

I decided to try and fill the void with a technical history of the Deltic diesel engine, tracing its origins and explaining its merits. To research it thoroughly (long before the internet), took over a year. This partly involved tracking down a book on Hugo Junkers, and also contacting Paxman Diesels. Denis Turner of Paxman, was extremely helpful and supplied copies of a wealth of Napier paperwork. I was excited at the prospect of publishing the first such article describing this area of Deltic engine history.

As I proof-read the article (intended to be in instalments), another series of articles got started in Deltic Deadline that initially covered the exact same topic - in the very month I planned to submit mine! A coincidence to end all coincidences! Fortunately that series veered off to different areas to mine. And a superb series it was, by former Napier man Alan Vessey, who later helped to form the Napier Power Heritage Trust.

With nowhere to publish my article, I apologised to the ever-helpful Denis Turner, and shelved the article. After Deltic D9000 took to the main line, I was able to publish a much shortened version in "9000 News", the journal of the "Friends of 9000".

With more Deltics coming back onto the main line, more enthusiasts were asking technical questions about the locos. A few would ask me. Some friends told me I should publish a booklet to create a Deltic technical FAQ. By 2004, I decided to oblige, but also take the opportunity to fill in some other gaps in Deltic publications. And it was a golden opportunity to finally release the full version of my old article. Sadly, Denis Turner had passed away by the time I sent a complimentary copy of "Deltic De-Mythology".

Back to Other Products/Services
Take me HOME